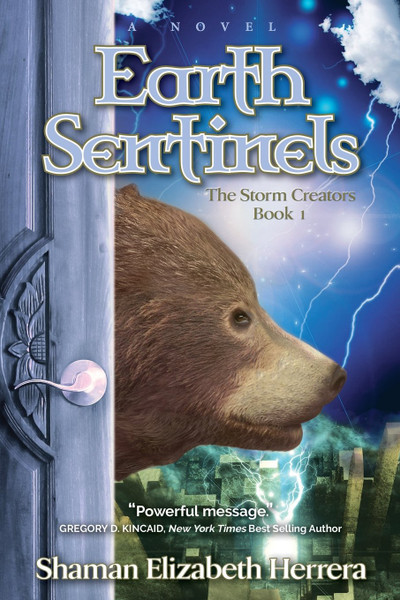 Intriguing blue doors and ethereal mists beckon people who are devastated by mankind's greed, corruption and indifference, such as Zachary, a young man whose family's organic farm is ruined by fracking; and Haruto, a Miko living in Fukushima, Japan, where the nuclear meltdown is raging out of control; Mahakanta, a cotton farmer in India, who used GMO seeds with devastating results; Amazonian tribe members, Conchita and her father, Pahtia, who are fighting against the intruders illegally tearing down their rainforest; and the Bear Claw First Nation Tribe that is dealing with an unstoppable oil spill, which is ruining their traditional hunting grounds. After stepping into another dimension, they find themselves face to face with the mastermind Bechard, a fallen angel who just happens to be the Master of the Elements.Together, they use supernatural powers to grab the world's attention, demanding that the world's leaders implement the changes...or else. But as the events unfold and governments retaliate, the characters are forced to question their motives, fight for their lives and listen to their hearts.