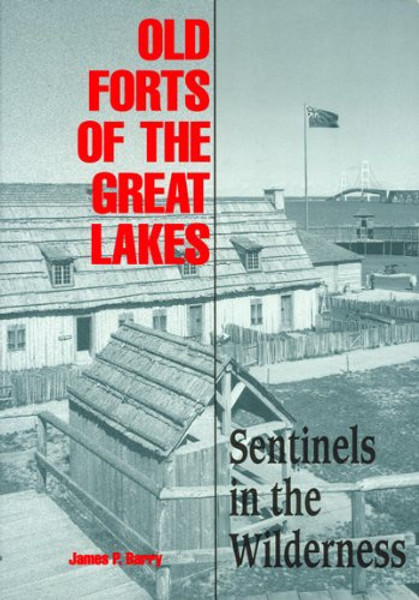 This fascinating book traces the development of Great Lakes forts from the 1600s to the American Civil War. The French, British, and Americans build military forts and established fortified trading posts and missions. Barry gives dramatic background, showing the forces that led to the building of the forts and sometimes to their destruction. He compellingly describes campaigns and battles. He gives us such colorful historical figures as Antoine de La Mothe Cadillac, Sir William Johnson, Chief Pontiac, Robert Rogers, and Anthony Wayne. Some twenty Great Lakes forts can still be seen, and the author clearly describes each as it is today and tells how history shaped it. From the strongest fort on the Lakes, Fort Henry, to the forts at key historic places along the Niagara Frontier and at Mackinac, the fur trade outposts at Grand Portage and Fort William, the mission of Sainte Marie, or the naval base at Penetanguishene, all are vividly presented. Here is particular information about forts that grew into cities as did Fort York at Toronto or forts that defended cities, such as Fort Ontario at Oswego and Fort Wayne at Detroit. Rare drawings, paintings, prints, maps, and vintage photos on nearly every page shows clearly the people and conditions that shaped history throughout the region. Modern photos give a striking impression of the forts that remain today. The illustrations and text together offer an incomparable pageant of Great Lakes history.

Ships of the Great Lakes

Owen & Mzee: The True Story of a Remarkable Friendship

Nutcracker's Night Before Christmas, The