Critical Writings of Oscar Wilde, The 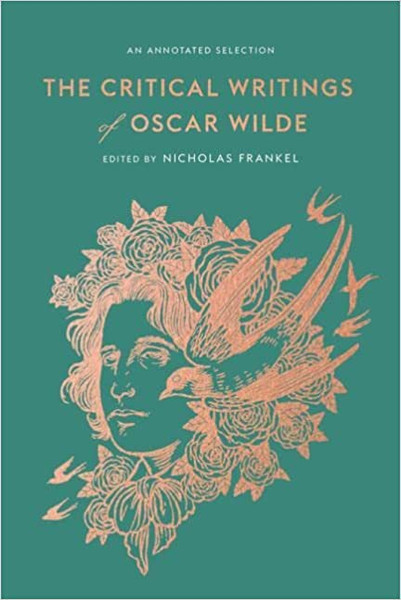 Critical Writings of Oscar Wilde, The

Though he is primarily acclaimed today for his drama and fiction, Oscar Wilde was also one of the greatest critics of his generation. Annotated and introduced by Wilde scholar Nicholas Frankel, this unique collection reveals Wilde as a writer who transformed criticism, giving the genre new purpose, injecting it with style and wit, and reorienting it toward the kinds of social concerns that still occupy our most engaging cultural commentators.

“Criticism is itself an art,” Wilde wrote, and The Critical Writings of Oscar Wilde demonstrates this philosophy in action. Readers will encounter some of Wilde’s most quotable writings, such as “The Decay of Lying,” which famously avers that “Life imitates Art far more than Art imitates life.” But Frankel also includes lesser-known works like “The American Invasion,” a witty celebration of modern femininity, and “Aristotle at Afternoon Tea,” in which Wilde deftly (and anonymously) carves up his former tutor’s own criticism. The essays, reviews, dialogues, and epigrams collected here cover an astonishing range of themes: literature, of course, but also fashion, politics, masculinity, cuisine, courtship, marriage―the breadth of Victorian England. If today’s critics address such topics as a matter of course, it is because Wilde showed that they could. It is hard to imagine a twenty-first-century criticism without him.

On Writing: A Memoir of the Craft

Welcome to The Family!

Ricky Ricotta 6 Mighty Robot Vs The Stupid Stinkbugs from Saturn

Ricky Ricotta 4 Mighty Robot Vs The Mecha-Monkeys from Mars

Ricky Ricotta 3 Mighty Robot Vs. The Video Vultures from Venus

Ricky Ricotta 5 Mighty Robot Vs The Jurassic Jackrabbits from Jupiter

Preparing For War: The Extremist History of White Christian Nationalism and What Comes Next