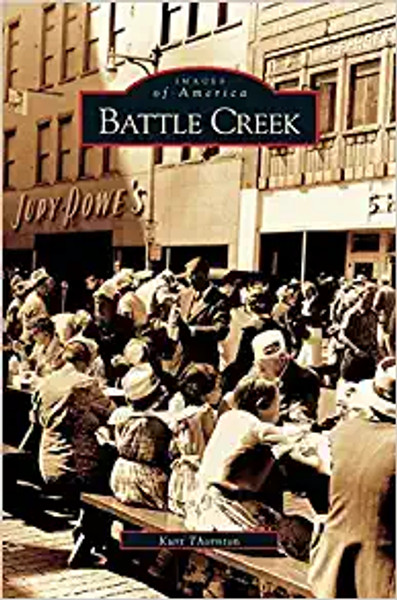 In 1825, two government surveyors platting the southwest Michigan territory engaged in a small skirmish with two Native Americans. With a humorous nod, the surveyors gave the name Battle Creek to the river where this encounter took place. A few years later, a group of entrepreneurs, led by Sands McCamly, established a milling community and named it after the river. Thus the city of Battle Creek had its start. Over the following 170 years, it has grown into a thriving community of culture and character. This book uses historical photos and rare illustrations to trace Battle Creek's chronological development, from its water-powered mills, its railroads and factories, and its identity as a major stop on the Underground Railroad to its eventual pre-eminence as the "Cereal City."

Murder in Battle Creek: The Mysterious Death of Daisy Zick

Committing to the Climb: A Story About Mountains and Marriage

Have a Silly Easter! Mad Libs

All of Us Villians -paperback

A Walk Along the Beach

The Gender Identity Guide for Parents