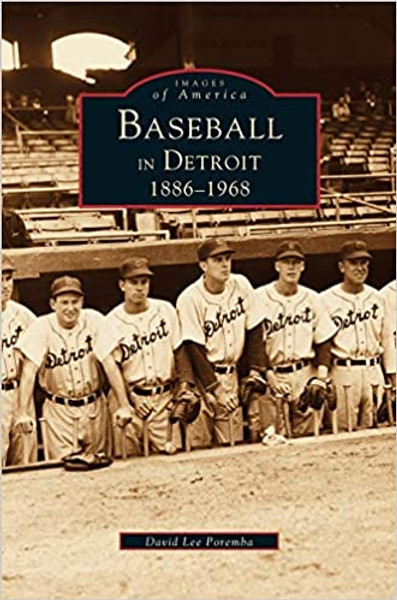 Covering over 80 years of America's favorite pastime, Baseball in Detroit 1886-1968 takes fans back to the glory days of Ty Cobb in the early 20th century and follows the progress of the Detroit Tigers. From the three-time pennant winners of this century's first decade to the last real championship team of 1968, Detroiters have flocked to see their team play, win or lose. The fact that they have played at the same intersection of town for over a century is a tribute to the pride and loyalty that each has shown for the other. It could be said that no other baseball franchise has such a close relationship with its constituency. This relationship is clearly shown in a fascinating photographic collection, and sports fans everywhere will appreciate this candid glimpse into our nation's favorite game. As we approach the next millennium, a new stadium is under construction for this historic team. It, too, will be the place of legends, where great players and fans will create another glorious 100 years of baseball history in Detroit. The American League, to which the Detroit Tigers belong as charter members, is fast approaching its own centennial.

The Gender Identity Guide for Parents

Canyon Dreams: A Basketball Season on the Navajo Nation

Be Water, My Friend