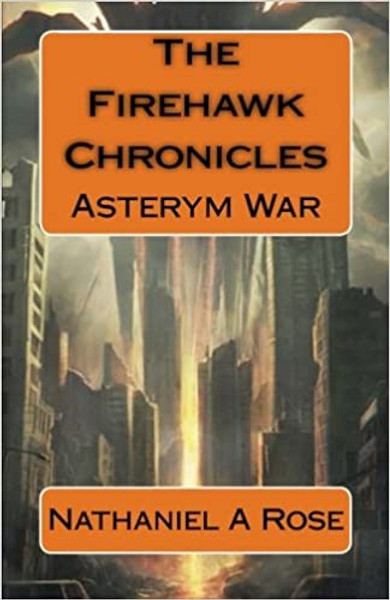 2141: Earth is on the verge of Armageddon. Mysterious weather phenomena have killed millions, while the Asterym—an alien slave race—threaten to annihilate humanity. Lieutenant Shane Hawk, a young Army Special Forces officer, leads a daring mission to save mankind from extinction. Together with his courageous wife Angel and a band of battle-hardened warriors, Shane challenges the extraterrestrial invaders on the ground and in the sky. But time is running out! The aliens’ plot to destroy Earth is merely a stepping stone for an even grander scheme of universal domination. Determined to save the planet, Shane and his family embark on a desperate race wrought with danger, horror, and the paranormal, all of which test their resolve and abilities. When Shane’s children find themselves in the crossfire between Earth’s heroes and the evil Asterym leader Thyrion, he leaves all caution behind to protect his loved ones … With a chilling premise and breakneck pace, Nathaniel Rose’s The Firehawk Chronicles is a first-rate military science fiction epic that combines old-school space opera and modern storytelling. Bursting with adventure, vivid battle action, and relentless pacing, it will leave you breathlessly awaiting the sequel.

This Garden Grows A Goddess

House of Fields: Memories of a Rural Education

Barefoot in the Boot: A Lost Boy's Journey to Freedom

Murder at the Cherry Festival

Lore of the Lakes