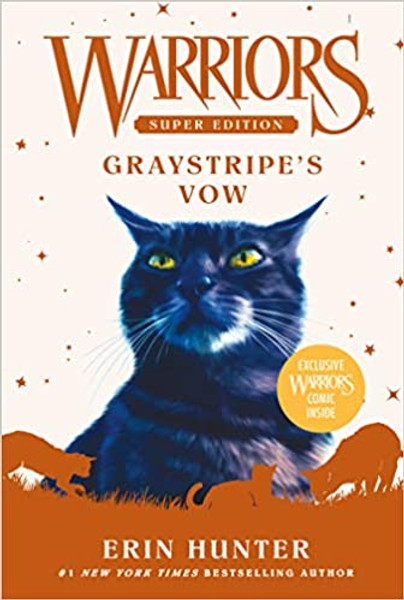 In this Super Edition, set during the events of The Broken Code, respected ThunderClan warrior Graystripe seeks a path to the Clan’s future by returning to his past—and the Moonstone in the Clans’ old forest territory.

Graystripe served ThunderClan for many moons before retiring to the elders’ den. As Firestar’s most trusted friend and deputy, Graystripe promised that he would never abandon his home. But as new tensions strain ThunderClan, Graystripe will need to call on all of his long history, leaving ThunderClan behind in hopes of finding an answer that might save it.

Join the legion of fans who have discovered the epic adventures, fierce warrior cats, and thrilling fantasy world of the mega-bestselling Warriors series. This stand-alone entry is perfect for new readers and dedicated fans alike.