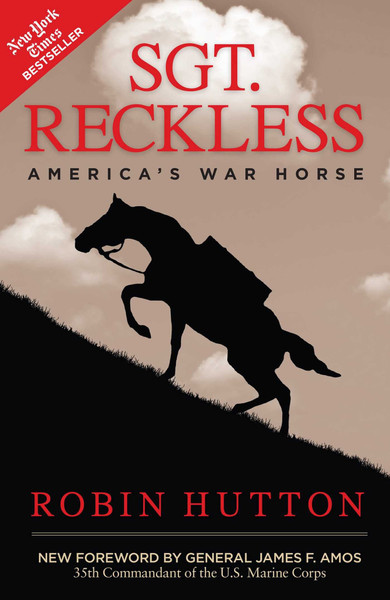 She wasn't a horse—she was a Marine.She might not have been much to look at—a small "Mongolian mare," they called her—but she came from racing stock, and had the blood of a champion. Much more than that, Reckless became a war hero—in fact, she became a combat Marine, earning staff sergeant's stripes before her retirement to Camp Pendleton. This once famous horse, recognized as late as 1997 by Life Magazine as one of America's greatest heroes—the greatest war horse in American history, in fact—has unfortunately now been largely forgotten. But author Robin Hutton is set to change all that. Not only has she been the force behind recognizing Reckless with a monument at the National Museum of the Marine Corps and at Camp Pendleton, but she has now recorded the full story of this four-legged war hero who hauled ammunition to embattled Marines and inspired them with her relentless, and reckless, courage.