Kiss of the Spindle 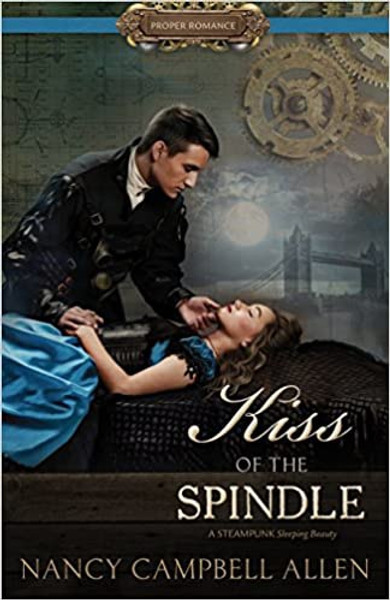 Kiss of the Spindle

Doctor Isla Cooper is cursed. Literally. Each night, at the stroke of midnight she falls into a death-like sleep from which she cannot be awakened for six hours. To make it worse, the curse has an expiration date--after a year, it becomes permanent. And the year is almost up.In a desperate attempt to find Malette--the witch who cursed her--Isla blackmails her way onto Daniel Pickett's private airship bound for the Caribbean, only to discover she's traveling with three illegal shapeshifters and the despicable Nigel Crowe, a government official determined to hunt down and exterminate every shapeshifter in England. Isla and Daniel must work together to keep the identities of the shapeshifters hidden while coming to terms with their own hidden secrets, and their blossoming attraction to each other.Filled with suspense, intrigue, and plenty of romance, Kiss of the Spindle is steampunk Sleeping Beauty story. It is a race against the clock as Isla and Daniel try to hunt down the elusive Malette before Isla's death-like sleep becomes permanent.

Witch and Wizard #4: The Kiss

Complete Tales of HP Lovecraft, The

Labyrinth of the Spirits, The