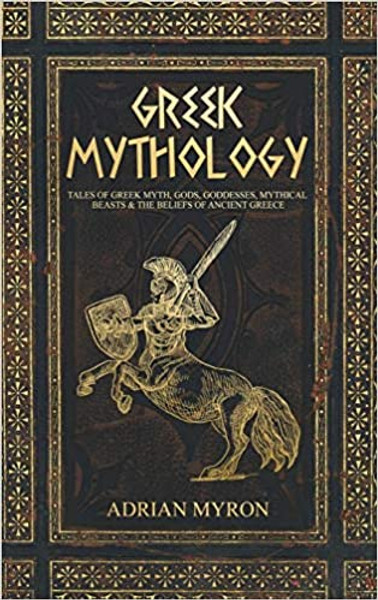 A juggernaut in the literary world at the apex of history, culture, politics, and art, the Greeks altered almost every facet of Western ideology and stand alone as a legend in the realm of human history. No other culture can boast such a profound importance on the rest of the known world and the Greeks have the mythology to back it up. Out of their curiosity about the world around them, their pursuits of science and knowledge, conquest, and avarice, the rich tradition of their gods and goddesses reach out to us from across the creative divide and tell a tall tale of what the Greeks cherished, revered, feared, and believed.

Now the wealth of this glorious empire's mythology is at your fingertips, filled with the triumphs and tragedies of these larger-than-life characters. From the fiery creation of the universe and to the petty jealousies of its lowliest, smallest players, the spectrum of Greek mythology is yours to explore. Discover the great conflicts that plagued both the lords of the skies as well as the leagues of men who battled against their gods and spun forth these incredible tales. Prepare to do battle with the kind of creatures known only to nightmares that the Greeks introduced into popular culture and beyond. Experience the love, loss, history, infidelity, triumph, and tradition of the these ancient heroes and villains that continue to inspire the masses even thousands of years after their demise.