A Very Short Introduction to Confucianism 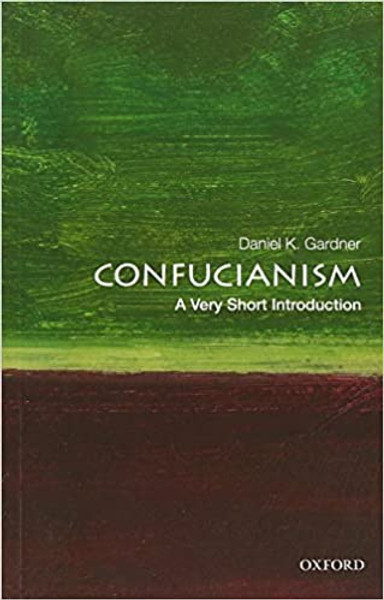 A Very Short Introduction to Confucianism

To understand China, it is essential to understand Confucianism. First formulated in the sixth century BCE, the teachings of Confucius would come to dominate Chinese society, politics, economics, and ethics. In this Very Short Introduction, Daniel K. Gardner explores the major philosophical ideas of the Confucian tradition, showing their profound impact on state ideology and imperial government, the civil service examination system, domestic life, and social relations over the course of twenty-six centuries. Gardner focuses on two of the Sage's most crucial philosophical problems-what makes for a good person, and what constitutes good government-and demonstrates the enduring significance of these questions today.This volume shows the influence of the Sage's teachings over the course of Chinese history--on state ideology, the civil service examination system, imperial government, the family, and social relations--and the fate of Confucianism in China in the nineteenth and twentieth centuries, as China developed alongside a modernizing West and Japan. Some Chinese intellectuals attempted to reform the Confucian tradition to address new needs; others argued for jettisoning it altogether in favor of Western ideas and technology; still others condemned it angrily, arguing that Confucius and his legacy were responsible for China's feudal, ''backward'' conditions in the twentieth century and launching campaigns to eradicate its influences. Yet Chinese continue to turn to the teachings of Confucianism for guidance in their daily lives.In addition to a survey of the philosophy and history of Confucianism, Gardner offers an examination of the resurgence of Confucianism in China today, and explores what such a revival means for the Chinese government and the Chinese people.

Snicker of Magic, A

Around the World in Eighty Days - Puffin Classics

Blood on the Water: The Great Lakes During the Civil War

Accounting for Slavery: Masters and Management